The Argyros Presents: Curtis Stigers – Songs From My Kitchen Live

For the award-winning singer, songwriter, and saxophonist Curtis Stigers, the story keeps getting better. His string of hit singles, millions of albums sold, and a 30-year recording career aside, Stigers’ commitment to artistic growth, and to bringing new tunes to the Great American Songbook, has become unparalleled in modern music. Along the way, this musician has redefined the constitution of contemporary jazz singing.

Curtis Stigers’ new show, “Songs From My Kitchen Live”, was inspired by the livestream internet show he developed while hanging out at home with his dogs waiting for the pandemic to pass. The live show will feature Stigers playing acoustic guitar and sax, singing songs from his many albums, and telling stories about his career, his life, and his dogs.

Stigers’ success as a songwriter has included co-writing with legends like Carole King, Barry Mann and Beth Nielsen Chapman, and his songwriting talent also led to an Emmy nomination for co-writing and singing the theme song to the wildly successful TV series Sons Of Anarchy.

His rich singing voice has landed him on stages and concert bills with a plethora of legends, including pop and rock greats Eric Clapton, Elton John, Bonnie Raitt, Prince, Rod Stewart and The Allman Brothers, and jazz giants Nancy Wilson, Randy and Michael Brecker, Wynton and Branford Marsalis, Kurt Elling, Diana Krall and many more.

“Stigers might emerge as his generation’s answer to Tony Bennett.”
—Minneapolis Star Tribune 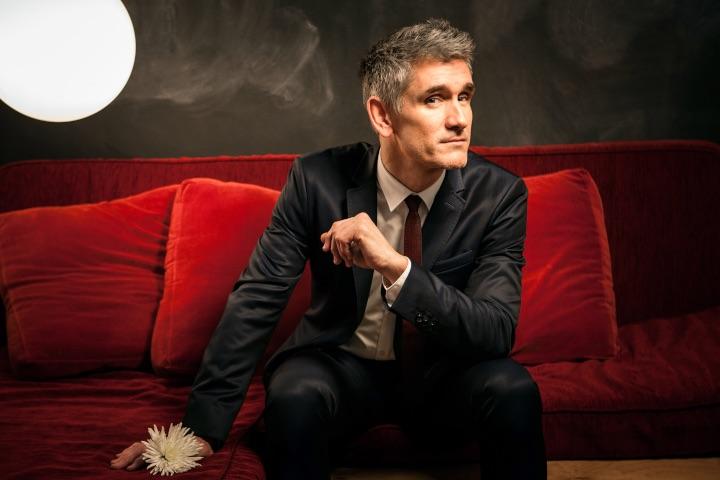