Set in the wilds of suburban New Jersey, KIMBERLY AKIMBO is a hilarious and heartrending play about a teenager with a rare condition causing her body to age faster than it should. When she and her family flee Secaucus under dubious circumstances, Kimberly is forced to reevaluate her life while contending with a hypochondriac mother, a rarely sober father, a scam-artist aunt, her own mortality and, most terrifying of all, the possibility of first love.

Join the artists, staff, and board of The Liberty Theatre Company in celebrating the launch of Kimberly Akimbo! Enjoy a variety of beverages and finger foods while learning more about the show, as well as the future of TLTC! Tickets are $50 and includes entry to both the show and the celebration. Seating is limited. The post-show celebration takes place after the 7pm performance of Kimberly Akimbo on Friday, March 11th. 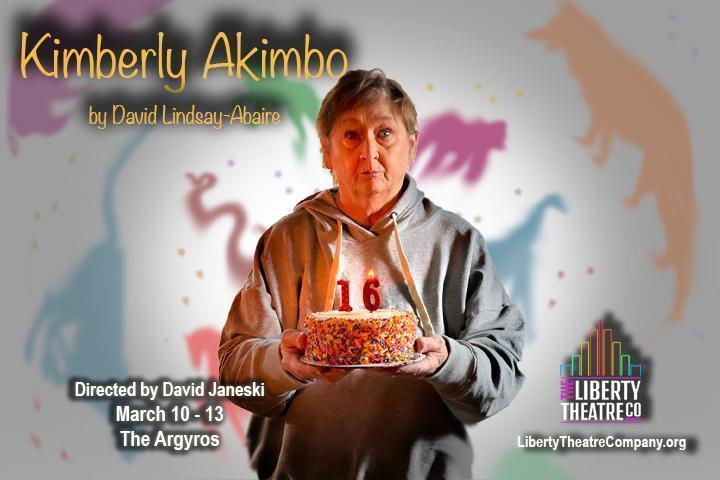