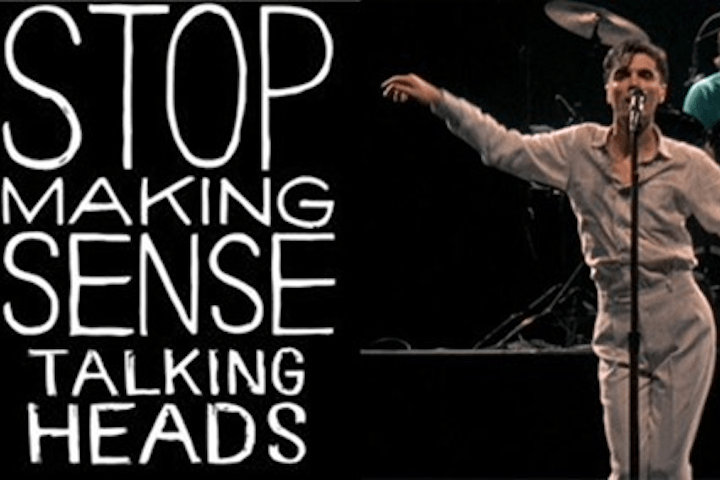 Director Jonathan Demme captures the frantic energy and artsy groove of Talking Heads in this concert movie shot over the course of four nights at Hollywood’s Pantages Theater in December 1983. The band’s frontman, David Byrne, first appears on an empty stage, armed with only an acoustic guitar, and is gradually joined by bassist Tina Weymouth, drummer Chris Frantz, keyboardist Jerry Harrison and a cadre of backup singers as they perform the band’s hits, culminating in an iconic performance featuring Byrne in an enormous suit.