The Argyros and Sawtooth Productions presents a two night reading of Idaho playwright, and MacArthur Genius Award winner, Samuel D. Hunter’s plays Lewiston/Clarkston. The plays were nominated in 2019 for a Drama Desk Award for Best Play. Clarkston will be presented on Wednesday January 8th and Lewiston on January 9th.

Together the plays focus on two modern-day descendants of Meriwether Lewis and William Clark. Set at a failing fireworks stand in Lewiston, Idaho, and across the river at a big box store in Clarkston, Washington, the plays LEWISTON and CLARKSTON share the essential question: what is the true legacy of the great American push West?

LEWISTON is a play fundamentally about the past. An aging descendant of Meriwether Lewis has been selling off her family’s land piece by piece for years, becoming increasingly convinced that her family’s past is less of a legacy and more of a curse. But when an unexpected visitor blasts into her life, she is forced to consider if there is anything good left in the world at all.

CLARKSTON is a play fundamentally about the future. A young descendant of William Clark has made the journey out west from his home in Connecticut, desperate to find meaning in his own history. But when he finds a landscape dotted with small, struggling towns and big box stores, his faith in his future—and indeed the future of the entire country—starts to feel misplaced.

The readings will be free and held in the Bailey Studio starting at 6:30 pm. Running times are 90 minutes.

Hunter was born and grew up in Moscow, Idaho and all his plays have been set in Idaho. He has been honored with an Obie Award, a Drama Desk Special Award and a Lucille Lortel Award for Best Play. He currently lives in New York City.

“Theater of the most deeply moving kind…By the evening’s end, you’ll have a palpable sense of having shared something special with your fellow theatergoers.” – The Hollywood Reporter

“Riveting, haunting, extraordinary… leave it to Hunter, right at this moment, to find something beautiful beyond dispute that unites us as Americans, and as all people living here.” – New York Stage Review 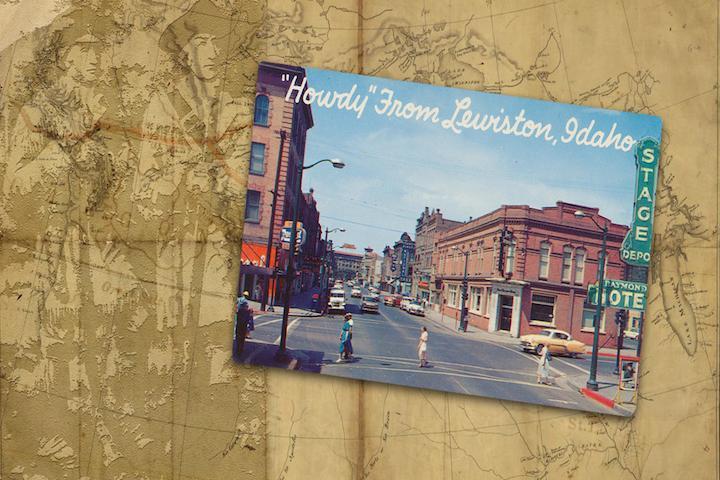